Day 4 at the Men’s World Floorball Championships 2022 AOFC qualifications consisted of both Quarter Final matchups to decide the final two teams to qualify from AOFC for the World Championships in Switzerland this November. Philippines and Thailand were the first teams to secure their tickets to the final yesterday and were joined today by Australia and Singapore.

Australia and New Zealand came into this match knowing only the victor would qualify for the World Championships in Switzerland at the end of the year. Australia looked to dictate play and build on their squad depth and previous tournament experience to overwhelm New Zealand. Daniel Gartner was as ever instrumental in the build up and finishing for the Aussies, scoring a goal in each period for his hat trick alongside setting up his brother Tomas Gartner for the 8th goal of the game. Ryan Alexandrakis was a brick wall at the back stopping all attacks to record the shutout. The final score ending 9-0 to Australia.

Australia, who missed the 2020 championships through COVID travel restrictions have now qualified for the past 5 championships (2014, 2016, 2018, 2020 and 2022) and will be looking to finish off their AOFC qualification tournament with the 3rd place match against Singapore. New Zealand who won their first competitive international match against Malaysia at this tournament are hoping to use these championships to build for future tournaments and will look to finish off the tournament on a high against Korea for 5th place, with top points getter Timothy McKibbin hoping to spark a good result for the New Zealanders. 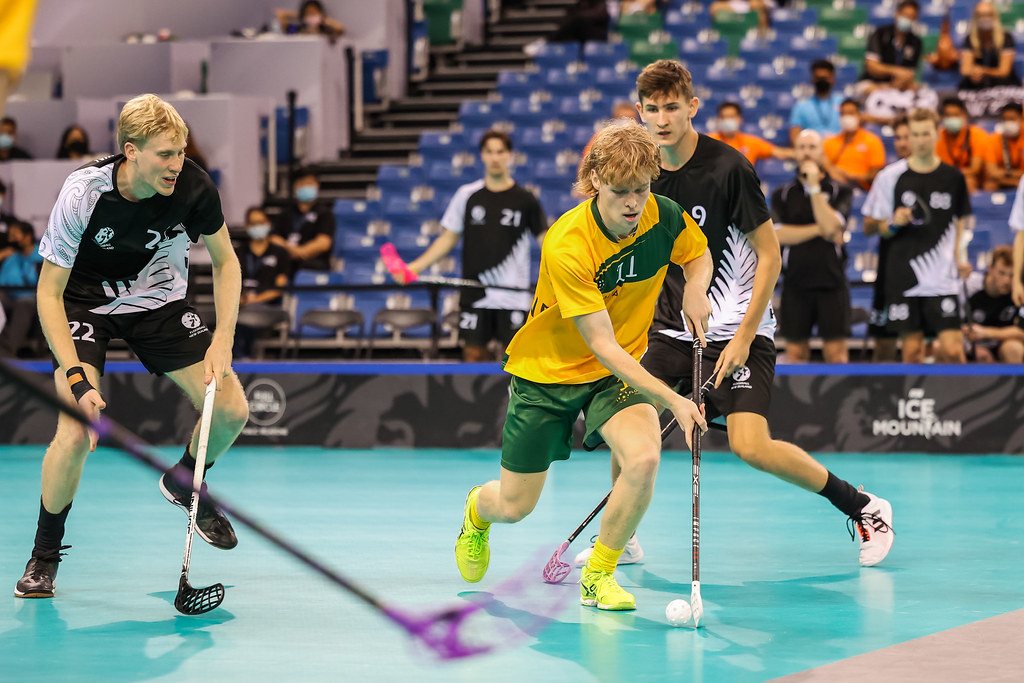 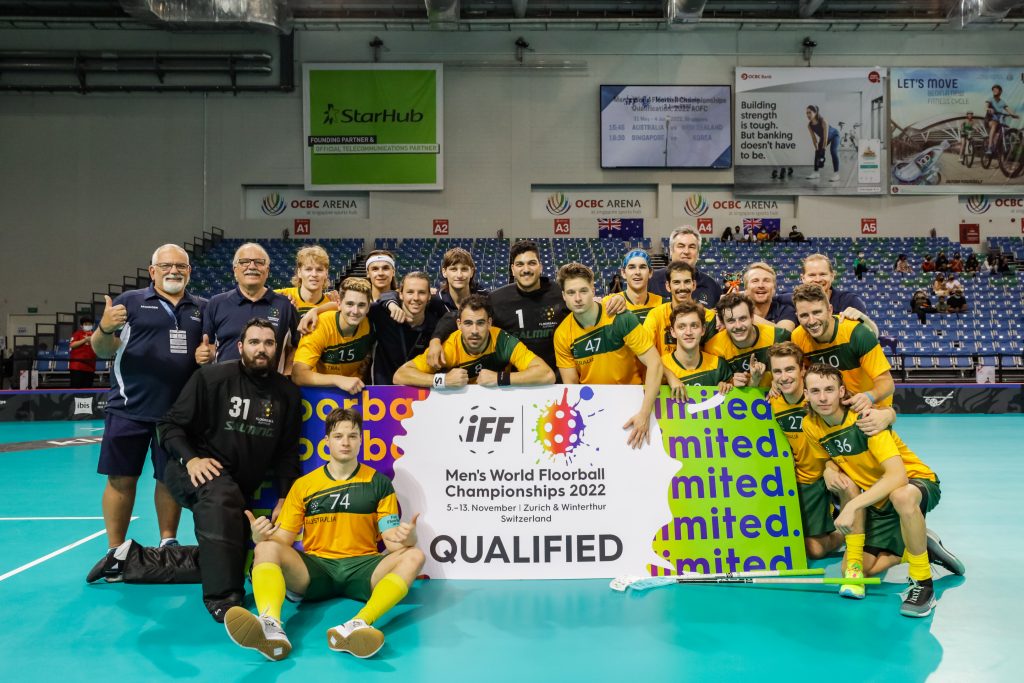 In the match for the final AOFC spot at the World Championships, both Singapore and Korea pushed as hard as possible but it was Singapore who ended up coming out on top. A frantic opening 2 minutes had both teams tied up at 1 but it settled which allowed Singapore to apply more pressure forcing an own goal off a Korean defender and starting the second period strong with 2 more goals in the opening 5 minutes. Korean goalkeeper Seung Hwan Baek made 22 saves in the first 2 periods to keep Korea in the match but couldn’t stop a goal 1 second before the end of the second period by Nicholas Chua to push Singapore to a 3 goal lead and the total score to 5-2. An early third period goal by Rasmus Jansson wasn’t enough to bring Korea back into the match as Singapore goalkeeper Joshua Loh  stood tall and helped stem the Korean tide to push Singapore to a 6-3 win and qualification to the World Championships in Switzerland. Singapore play Australia for 3rd place tomorrow whilst Korea will look to finish this qualification event on a high note against New Zealand for 5th place. 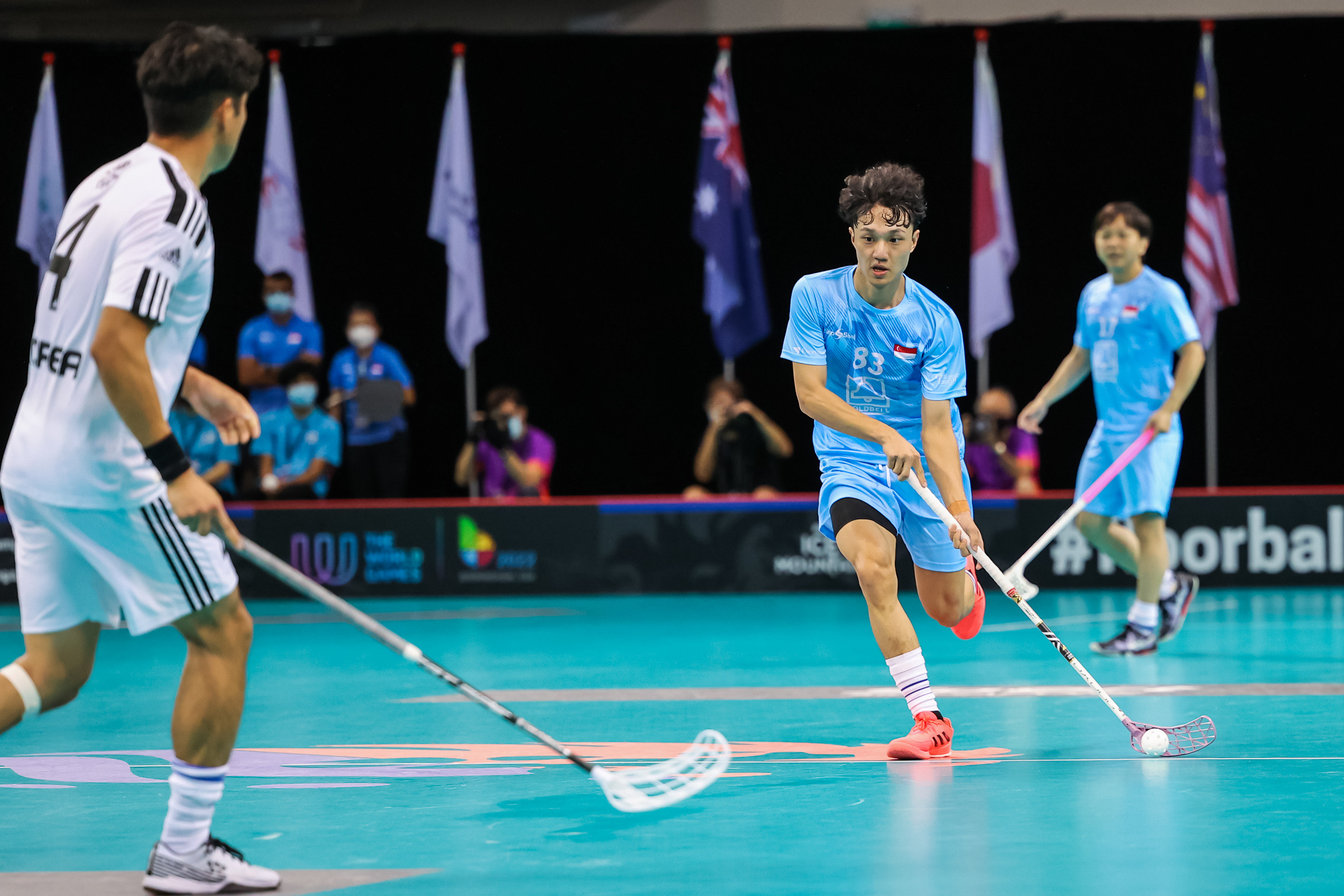