Last group matches were played today in Valmiera. Finland secured the first place of Group A and qualified for WFC 2022. Latvia won Group B and also qualified for the final round. 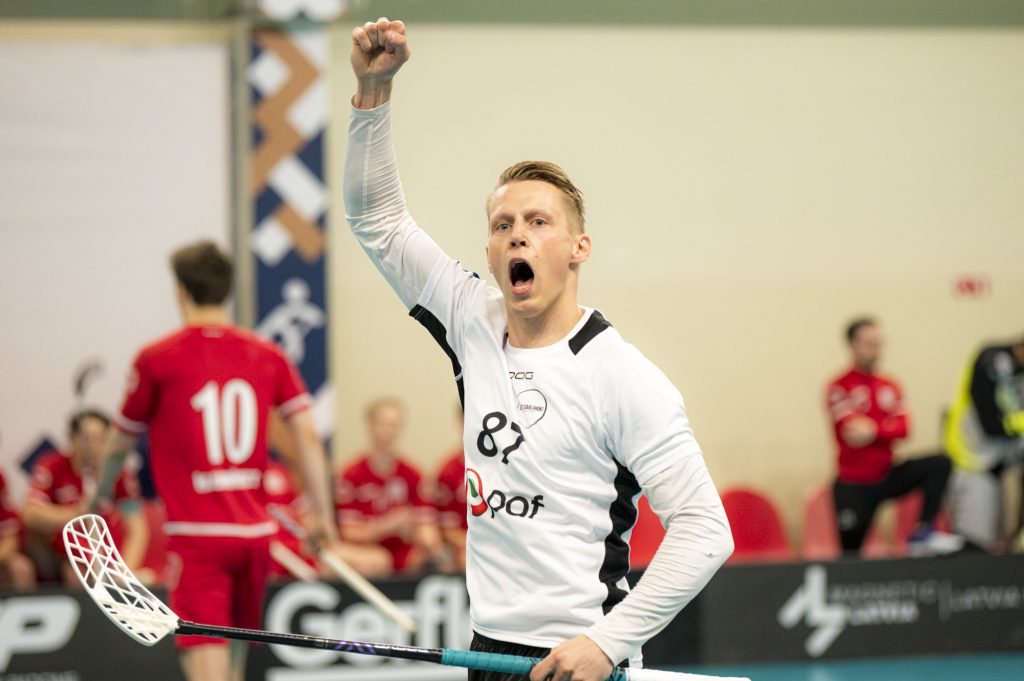 New day in Valmiera started with the match between Estonia and Great Britain. Great Britain had a great effort yesterday against Netherlands while Estonia had suffered rather clear loss against Finland. Today the teams were playing for the second place in Group A. Estonia got a great start into the match and were in a 3-0 lead after the first seven minutes. Their strong game continues throughout the match and their key player was Tanel Kasenurm who scored four goals. Final score 8-1 and second place for Estonia. 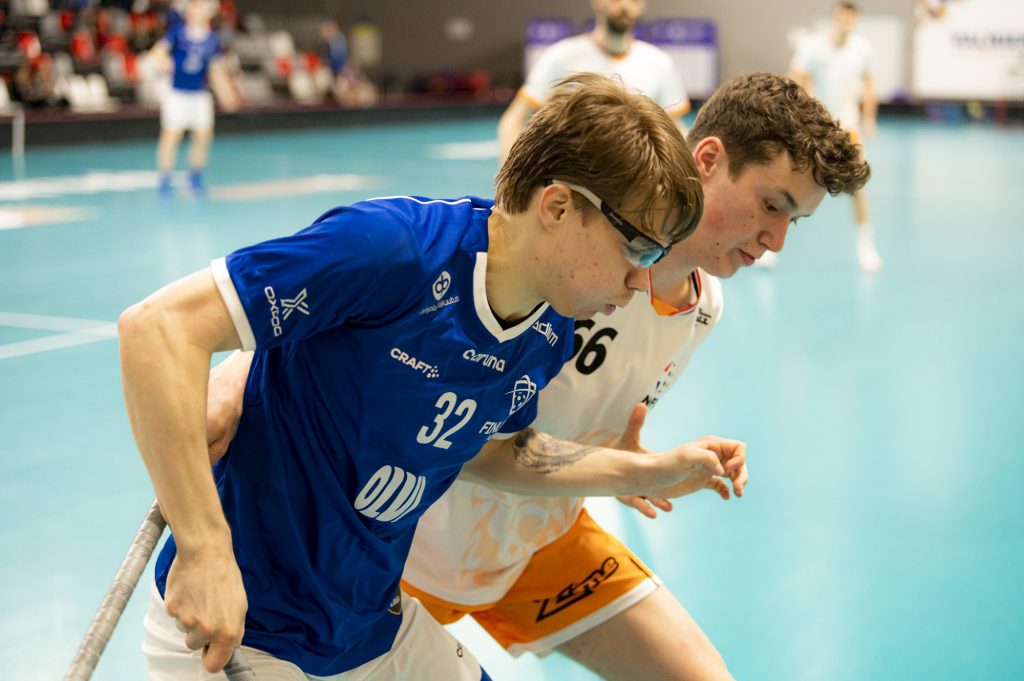 Finland confirmed to be the favourites of Group A, not allowing the Dutch to create a surprise. Netherlands focused mostly on the defence, not scoring any goals. But the debutants of Finland made a good job (Joonatan Kovanen and Alpo Laitila both scored twice). Netherlands goalie Arvid Vonk  made a total of 52 saves. 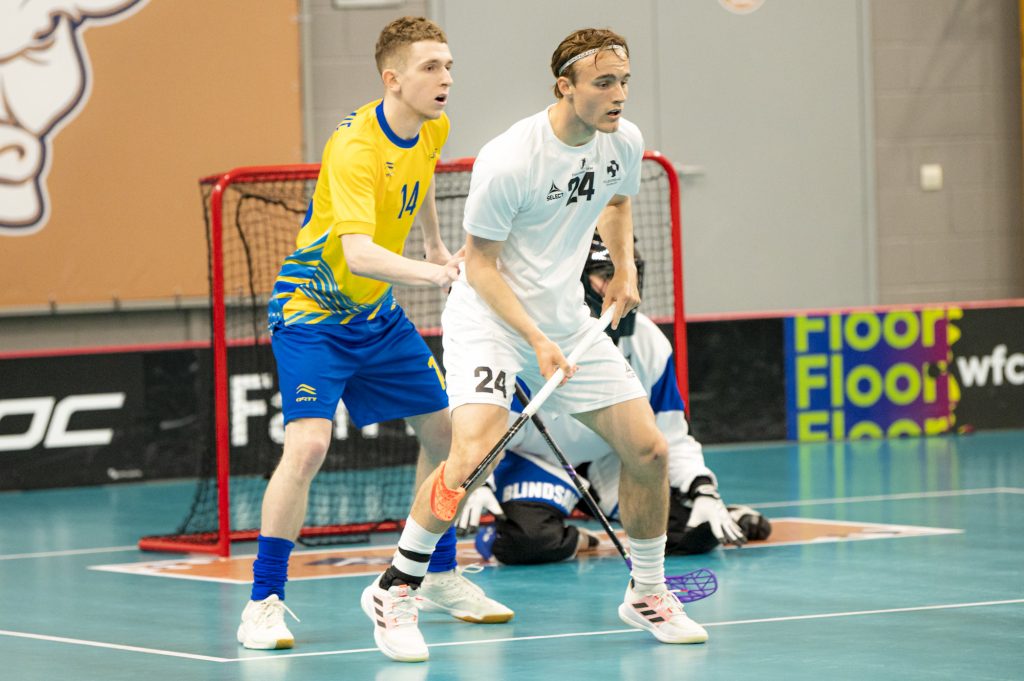 Ukraine started scoring when Mykyta Varvashenin succeeded after first four minutes but then it was time for the Danish players to shine. Mikkel Christensen finished a hat-trick in the match and Denmark secured second spot in Group B. Final score 7-2 for the red and white.

The first period of the match ended in 1-1 when first Daniels Janis Anis (LAT) and then Andreas Stefansson (ISL) scored. The goal from Stefansson is one of the finest of the whole event to be fair. Latvia took the lead in the second period and score four more goals, finishing the second period in 5-1. Stefansson scored another goal in the last period but it did not help Iceland anymore as the final score was 9-3 for Latvia. Latvia will play against Finland in the final game on Saturday and Iceland will meet Great Britain.