The Men’s and Women’s quarter-finals will begin this weekend in Switzerland. The first play-off matches in the Men’s NLA will be played on Friday 28th of February and in the Women’s NLA on Saturday 29th of February.

Men’s NLA continues with quarter-finals that are played with best of seven system. In total, eight teams made it to the play-offs. The reigning champion, SV Wiler-Ersigen is holding the first place with 58 points. GC Zürich holds the second place with 56 points and Floorball Köniz is ten points behind with 46 points. The 2017-18 champion Floorball Köniz will play against the Swiss Cup winner Zug United in the quarter-final stage. 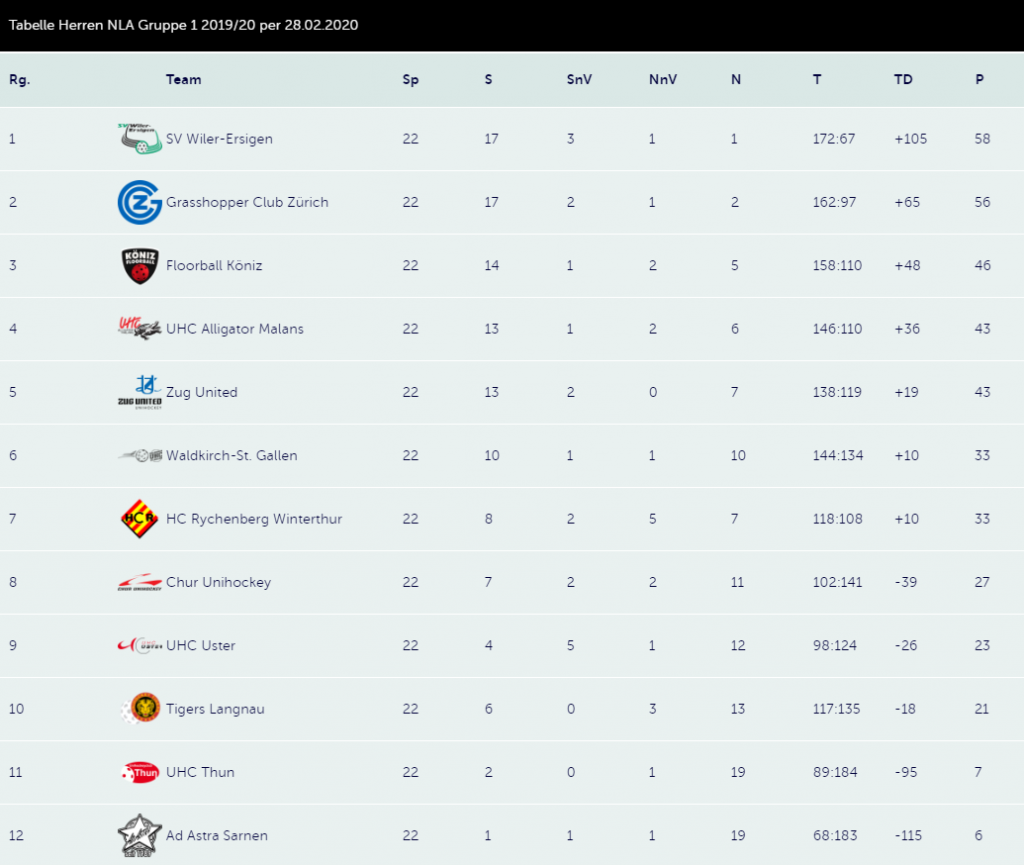 Michael Shiess (Waldkirch-St. Gallen) and Paolo Riedi (GC Zürich) are currently the NLA top scorers and they both have gathered 52 points so far. Shiess is holding the first place with 23 goals and 29 assists. Riedi has 19 goals and 33 assists.

Interesting fact is that HC Rychenberg Winterthur, the team placed 7th after regular season, has the highest average spectator rate with 1 188 spectators per match. Will the fans find their way to watch the play-offs against Alligator Malans? For some teams, the upcoming play-offs are also about making history. Waldkirch-St. Gallen will play their first play-off match in the club’s history on Saturday.

The four teams in the bottom will play in the play-outs. Those are also played with a best of seven system and the winner will remain in NLA. Losers can still stay in the highest league, but first they have to beat the two best teams from NLB. Tigers Langnau and UHC Uster are leading the play-out series after the first matches.

In the women’s NLA, the first play-off matches are played on Saturday. Piranha Chur won the regular season with 42 points. Kloten-Dietlikon Jets took home the second place with 41 points. These two teams have been battling for the titles in the Women’s NLA during the past seasons. Piranha Chur was just crowned as the Swiss Cup winner last weekend and Kloten-Dietlikon Jets is the reigning Swiss champion. Will these teams also play for the championships title this spring?

The other teams have less than 40 points after regular season. Wizards Bern Burgdorf is third with 38 points, Skorpion Emmental Zollbrück fourth with 36 points and Unihockey Berner Oberland fifth with 35 points. 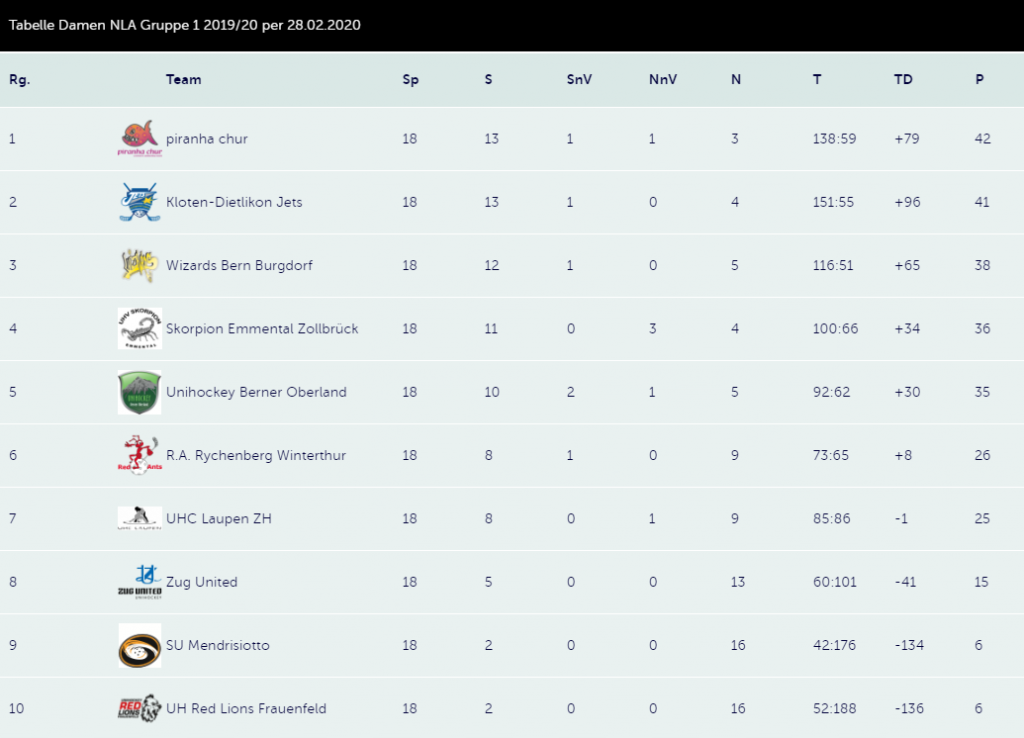 The top scorer of the season has been Chur’s Corin Rüttimann who currently has 55 points (33+22). Simone Wyss (Wizards Bern Burgdorf) and Isabelle Gerig (Jets) both have 40 points, Wyss having scored more goals than Gerig.

SU Mendrisiotto and UH Red Lions Frauenfeld are playing for the spot in the NLA. The play-offs and play-outs are played with a best of five system.