The work to update the IFF Strategy for 2021 – 2032 continued when the IFF Strategy Task Force held its second meeting, on Friday November 15th via Skype. During this meeting the Task Force planned the details for the strategy workshops that will be held at the IFF Associations’ Meeting on December 14th in Neuchatel.

There will be two separate workshop sessions held on Saturday December 14th and the participating member associations will have an active role during these. In addition, the IOC Marketing Director Mr. Timo Lumme, will give the keynote speech to open the IFF Strategy workshop. 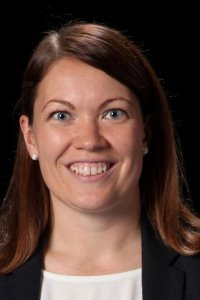 – The second meeting was very effective and we all agreed upon what kind of document we want to produce. The Task Force members will all have own parts that they are responsible of and we will try to keep the document as clear and short as possible. It will be very interesting to also receive the input from the member associations during the workshops in December, where we as Task Force members will act as facilitators during the sessions, Ms. Kaarina Salomaa, member of the Strategy Task Force (in photo), comments.

The process of renewing the IFF Strategy for 2021-2032 started in June 2019 when the IFF sent out an initial questionnaire to around 40 persons representing different fields of the floorball community. Some additional representatives were included from outside of the floorball family in order to collect input from a broad reference group. The IFF received the input from a little over 20 persons.

The IFF ExCo will act as a Steering Group for the process keeping it on track. The Task Force will make two preliminary submissions to the Floorball Community, with the first version in April 2020 and the second in August in 2020. The IFF strategy will also be on the agenda of the IFF Associations Meeting in December. The IFF CB will then prepare the final version of the IFF Strategy for the IFF General Assembly by the end of September 2020.