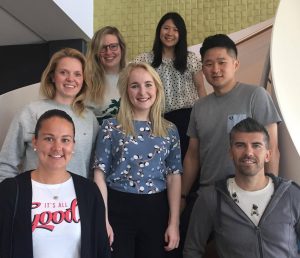 The IFF Athletes’ Commission held their annual meeting in Nijmegen, Netherlands last weekend. During the two days the members discussed a variety of topics, the most important being the proposals for the new playing system and the development of the IFF Strategy for 2021-2032.

Earlier in the year, two ATC members had attended large international forums as representatives of the IFF. Agata Plechan (POL) attended the WADA Symposium and Junoh Lee (KOR) was part of the IOC Athlete’s Forum. They both gave reports on these events and, especially from the Athlete’s Forum came a lot of good ideas of actions the IFF Athletes Commission could take to be in better contact with as many Floorball players around the world as possible.

The new playing system and the events that have been approved for testing in the 2019/20 season were discussed, as well as the IFF’s plan for a new campaign that will look at combining the messages about both Anti-Doping and match-fixing/betting. The ATC members all agreed that it is really important that the education about these issues is started early and focus should be given to the U19 events for this.

As well as the meeting discussions the ATC members hosted a training session with a group of young Dutch players who travelled from all over the country to attend. There were about 35 kids ranging in age from 6-16yrs who participated in a variety of training drills and short games. The training session ended with the kids being separated into age groups and getting to play against the ATC members.