The nine-day event, which was held in Prague, Czech Republic on 1-9 December 2018, registered a total attendance of 181,518, breaking the previous attendance record for the floorball world championships set in Gothenburg, Sweden in 2014 (104,445).

79 per cent of unique spectators came from outside of Prague, generating close to €6 million in tourism spend and 41,510 bed nights in the host city. Almost 99 per cent of all spectators had a positive experience at the event.

A total of 32 broadcasters across 17 nations and three continents aired coverage from the world championships. 322 hours of TV coverage was generated in total, while the cumulative attendance amounted to over 8 million viewers.

The social legacy of the event was ensured through the development of various programmes and initiatives that engaged local community, e.g. 12 fan zones set up in major Czech cities, a robust schools programme and the Street Floorball League launched in the summer of 2018 that culminated with the final tournament being held during the world championships.

Other key findings from the study include:

– Apart from a medal for the home team the 2018 Championships fulfilled almost all our plans and hopes. Three years of everyday work paid off and we showed the potential of our sport. The overall spectator support was unbelievable, just at the final game there were more spectators than at the entire first championships we organised 20 years ago, Czech Floorball president, Filip Šuman, said.

– The organisers of the WFC 2018 did not only break a number of records, they totally changed the benchmarks for how an IFF World Championships shall be organised. The WFC showcased the potential of our sport and gives the whole floorball community a good base to develop international events further.

– The IFF Men’s World Floorball Championships 2018 demonstrated the growing ambitions of floorball and were a fantastic advertisement for the sport. The event experience scores from spectators were one of the best we have seen to date at a major sports event and the social programmes developed by Czech Floorball around the world championships set a great example for future organisers, Krzysztof Kropielnicki, head of events at Sportcal, commented. 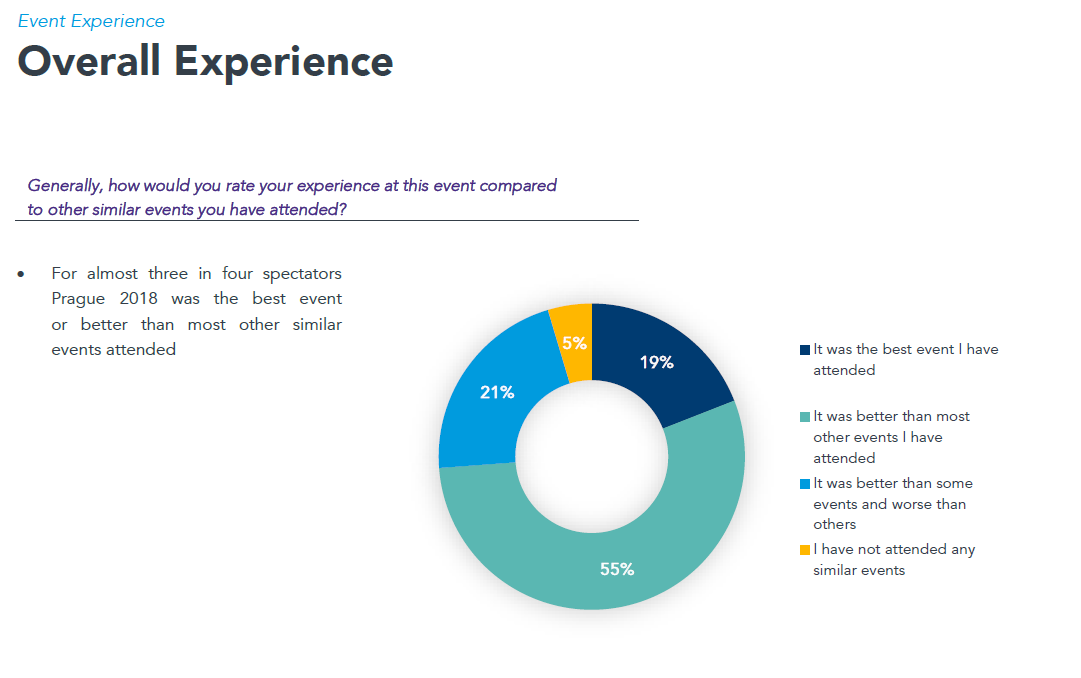 To request a copy of the study, please contact gsi@sportcal.com. For further information about the GSI Project and the GSI Event Studies Programme, visit www.sportcal.com/GSI.

Road to The World Games with Tobias Gustafsson