The regular season has ended in the Swiss top league (NLA) and both the Men’s and Women’s play-offs are starting on the 2nd of March. The Swiss Cup Finals are played this Saturday.

The Women’s Cup Final will be played between Piranha Chur and Kloten-Dietlikon Jets. Tigers Langnau and GC Unihockey are playing in the Men’s Final. Both games will be broadcasted on SRF. The League Cup Finals (small-field) are streamed on swissunihockey.tv. UHT Semsales and UHCevi Gossa are playing in the Women’s final and Nuglar United is facing Blau-Gelb Cazi in the Men’s final. More information about the Cup Finals can be found here.

In the Men’s NLA, Grasshopper Club Zurich won the regular season with 52 points. SV-Wiler Ersigen was second with 47 points and last year’s champion, Floorball Köniz, made it to the third place with 42 points. UHC Alligator Malans took the fourth place with 40 points. The final standings can be found from the table below. 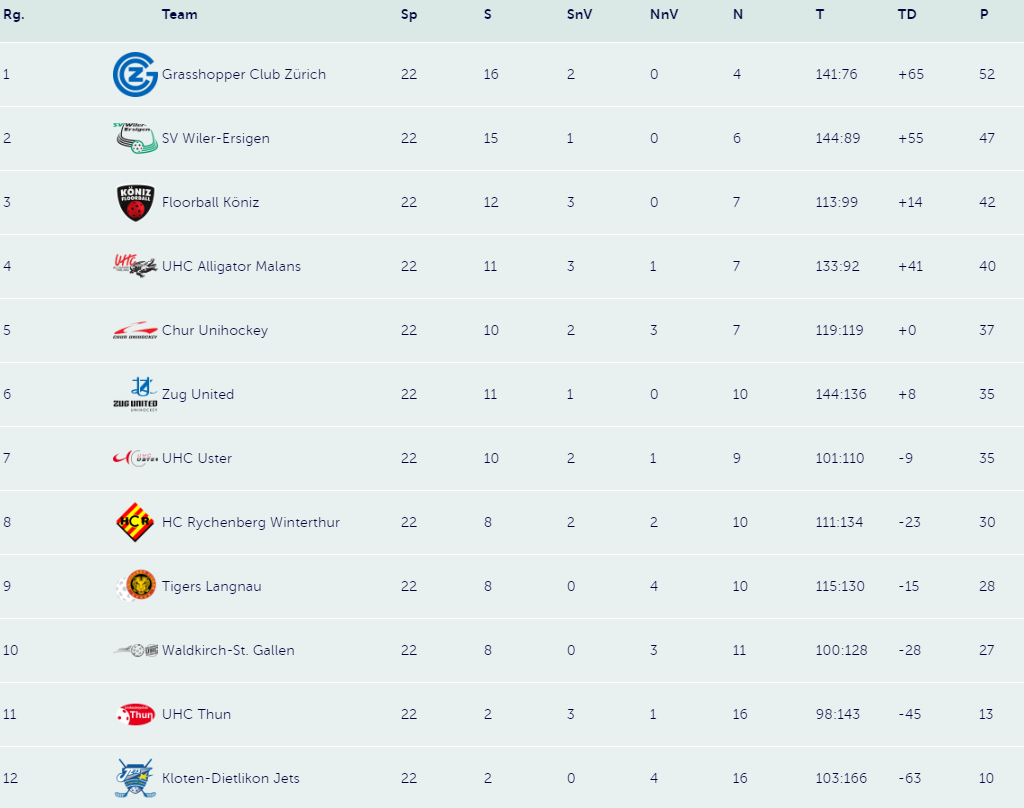 The Men’s play-offs will be played with a best of seven system.

The teams placed 9-12 are playing in the play-outs, starting this Sunday.

In the Women’s NLA, the reigning champion piranha chur won the regular season. Kloten-Dietlikon Jets took the second place, six points behind chur. Wizards Bern Burgdorf was placed third and Unihockey Berner Oberland took the fourth place. In the women’s NLA the top eight will be playing the play-offs, the bottom two are facing the play-outs. The final standings can be found below: 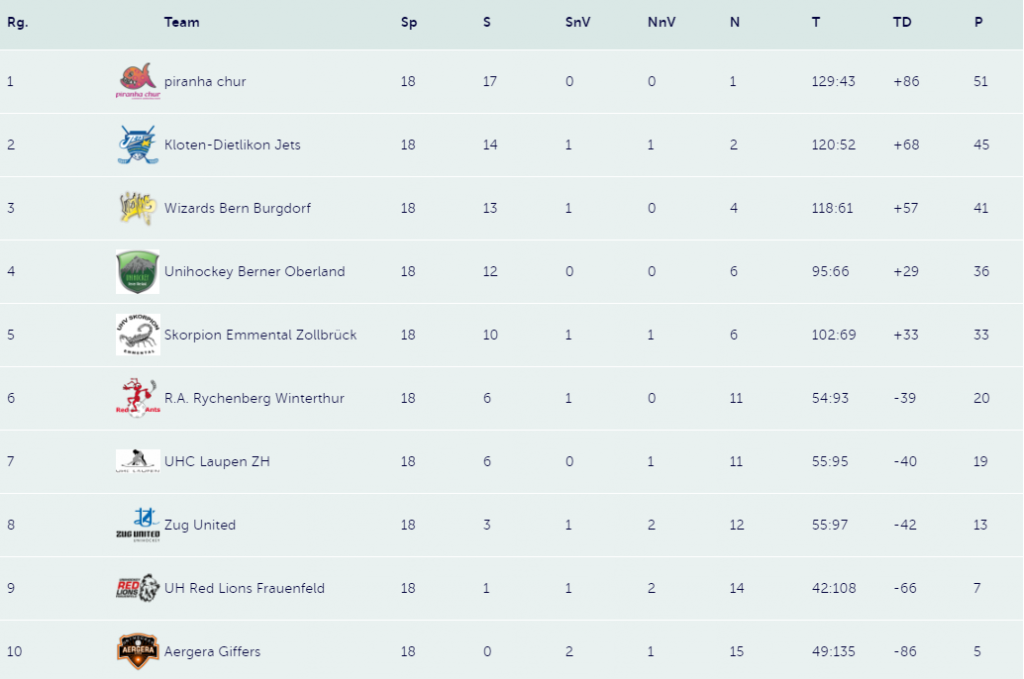 The women’s play-offs are played with a best of five system.

The two teams on the bottom, UH Red Lions Frauenfeld and Aergera Giffers, will play in the play-outs. The play-outs are played also with a best of five system, starting 3rd of March.