The all-time Swiss national team and WFC top scorer Matthias Hofbauer, has announced his retirement from the national team after winning the bronze medal in the World Floorball Championships in Prague.

After his 10th WFC Matthias Hofbauer, one of the all-time biggest floorball stars, has decided to leave the international stage. With a total of 97 points scored in 57 WFC games he is the all-time top scorer of the World Floorball Championships. Overall Hofbauer scored 139 goals and 129 assists in 194 international matches, making him a record Swiss national team player. With the Swiss national team he has won seven WFC bronze medals and the silver medal at the World Games 2017 in Wroclaw, Poland.

– The bronze medal today was definitely my last one. For me, this i the moment when I can say: I could once again invest everything and give one hundred percent on the field. So I can finish the international career with a good feeling, says Matthias Hofbauer immediately after the WFC match against the Czech Republic.

Hofbauer played his first WFC in 2000 in Oslo Norway, where Switzerland won the bronze medal. In the WFC 2004, he became top scorer with 22 points and made it to the All Star team

Hofbauer first came into contact with floorball in Prague 20 years ago when he was watching the WFC from the stands together with his parents. Therefore, the WFC 2018 in Prague was the ideal time for him to close the circle. Matthias Hofbauer will still stay connected to floorball:

–  I’m still fascinated by the sport and events like here in Prague. In one way or another, I will certainly still be here. 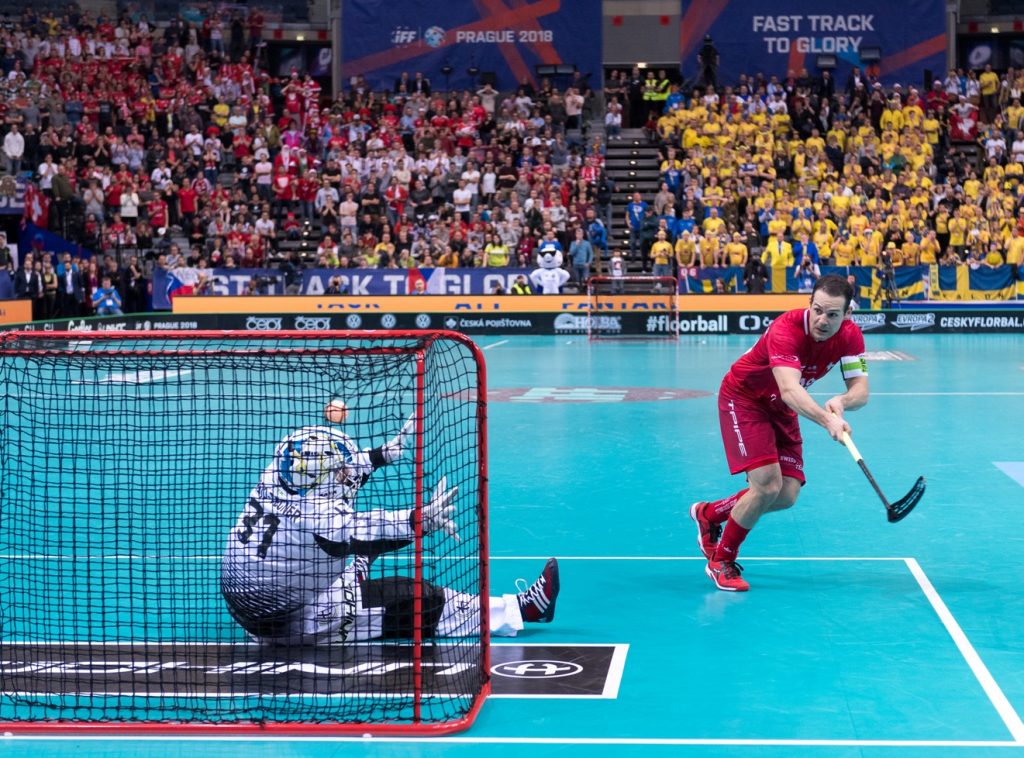 WUC Floorball 2020 cancelled due to coronavirus