The first Men’s semi-final matches have already been played in the Swiss top league NLA. The Women’s semi-finals will begin 31st of March.

SV Wiler-Ersigen were the only team in the Men’s NLA who made their way to the semi-finals with no losses. They defeated UHC Uster, who came 8th in the regular season. Floorball Köniz beat Zug United four times within 5 matches. The same went for other semi-final teams as Grasshopper Club Zurich defeated UHC Alligators Malans and HC Rychenberg Winterthur won against Tigers Langnau. Rychenberg might have been a small surprise considering that they came 6th in the regular season and Tigers were 3rd. However, the previous matches between the two had been rather even.

The first semi-final matches have already been played. SV Wiler-Ersigen and Floorball Köniz both have won one match. The next matches will be played during the weekend. Like quarterfinals, the semi-finals will also be played with a best of seven system. 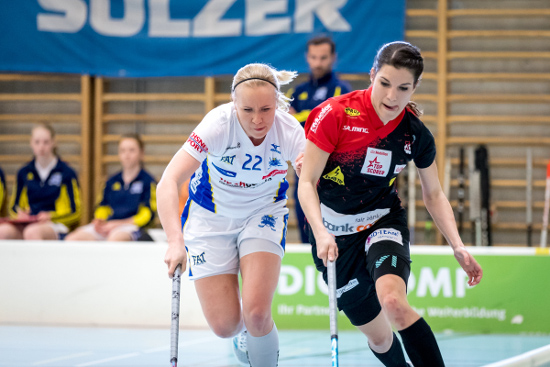 The first semi-final matches will be played at the end of next week and like quarter-finals with a best of five system.