Among the top four nations, Czech Republic, Finland and Switzerland have played a national cup series in addition to the regular leagues and divisions.

Czech Republic
The Czech cup finals were played already on the Most Sport Arena in Most, 16th of January. Vitkovice were triumphant in both Men’s and Women’s cup final. 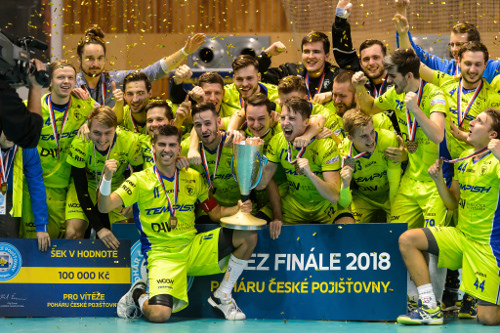 In the Men’s final Boleslav, who currently lead the regular season and are last season’s silver medallists, played against Vitkovice who are third. People were waiting for a match with few goals as in the last high stake matches between the teams not many goals were seen. The fight was even from the beginning and after 60 minutes the score was 1-1. Vitkovice were able to score the winning goal on overtime and were the cup winners. 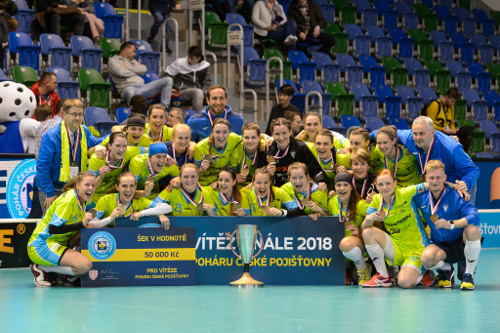 Vitkovice are also the current silver medallists in the Women’s national league. In the cup final, they faced Chodov who are currently third in the league and only a few points behind Vitkovice. Chodov took the lead in the first period, but Vitkovice made a comeback in the second. After also winning the third period, Vitkovice celebrated a 7-5 victory.

Finland
Classic, who seem to be superior in Finland at the moment, won the Finnish Cup in both Men’s and Women’s. The finals were played in Tampere Areena, Tampere 20th of January. 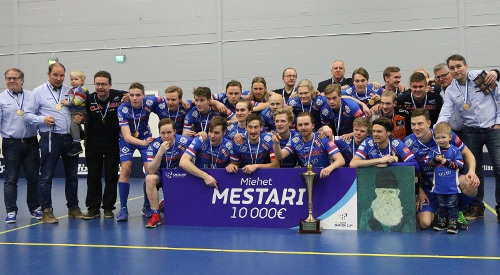 In the Men’s final the reigning national champion Classic met a team called Loviisan Tor who play in the second highest Finnish league. Loviisan Tor were able to challenge Classic for two periods as the score was 4-2 for Classic after 40 minutes. But in the third period, Classic showed why they are dominating the league and won the match 9-2. 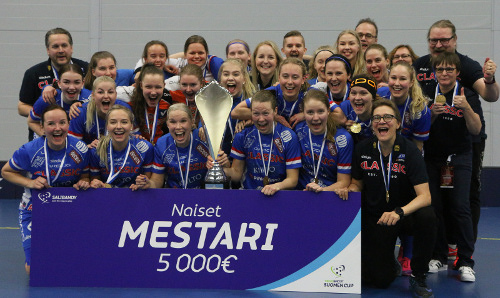 Classic are also the reigning national champions in the Women’s. In the cup final they faced another league team SB-Pro. Like in the Men’s final, the match was even until the third period where Classic pulled ahead and won the match 7-3.

Switzerland
The Swiss Cup finals were played at Sporthalle Wankdorf in Bern, 24th of February and SV Wiler-Ersigen in Men’s and piranha chur in Women’s were victorious. 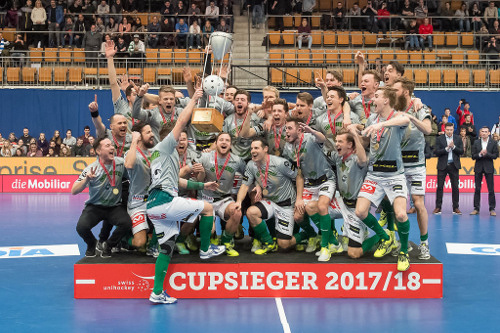 In the Men’s final SV Wiler-Ersigen, who won the regular season and are also the reigning national champions, faced Grasshopper Club Zurich who won the cup last year. Due to their good defence and effective scoring, SV Wiler-Ersigen were already in a 7-2 lead after the second period.  In the end they won the match 11-6 and won the cup for the first time since 2013. 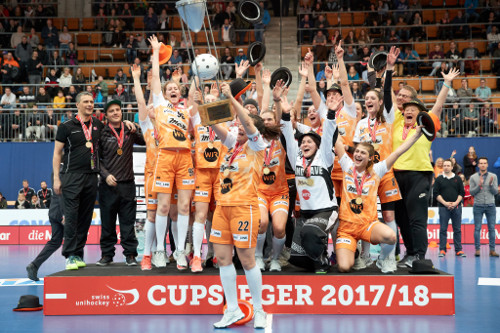 In the Women’s final this season’s regular season winner and current silver medallist piranha chur played against Red Ants Rychenberg Winterthur who came fourth in the regular season. After the even first period piranha chur started to find the net more often. Especially their first line didn’t give the opponents any chance and in the end piranha chur celebrated a strong 8-2 victory.

Both SV Wiler-Ersigen and piranha chur also won the Swiss Indoor Sports Supercup which was played in September. Read about it here.