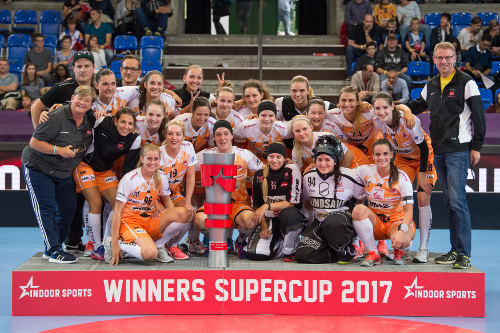 The third Swiss Indoor Sports Supercup Floorball event took place in in Zurich 2nd of September. The Indoor Sports Supercup is a tournament that combines four different sports. It’s organised by the federations of handball, basketball, volleyball and floorball. All four sports have two categories: men and women.

Four NLA (top Swiss league) teams were playing at the event. In the Women’s the teams were the reigning champions UHC Dietlikon and the current silver medallists Piranha Chur. Last season UHC Dietlikon won it all; Supercup, Swiss Cup and the Superfinal, but now it was Piranha Chur’s turn to raise the cup. The match started rather cautiously and was even after the first period. During the second period Piranha Chur took a 5-3 lead and already extended their lead with two more goals in the third period. UHC Dietlikon were unable to even the score and Piranha Chur won the match 8-6. 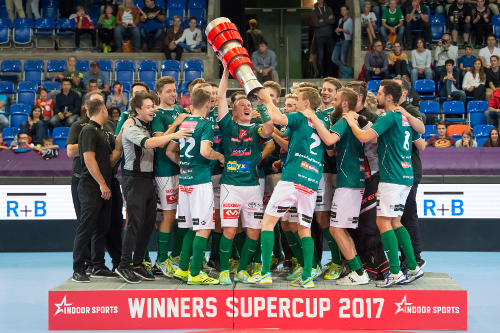 Season’s (2016-17) best were awarded at the Swiss Indoor Sports Supercup.