News from the Dutch league and Cup

The last round of the Dutch Floorball League was played on Saturday the 14th of April. The reigning champion FB Agents Amsterdam renewed their title and U.C. Face Off from Groningen won the women´s title. 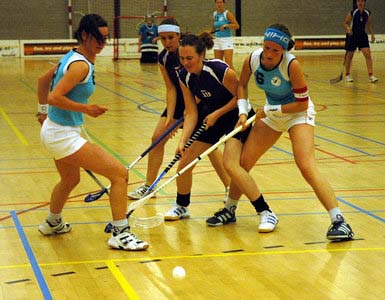 The Face Off women were clearly the strongest team in the league. They had already secured the victory several weeks in advance. All in all they won 13 out of 14 matches.

The men´s league was a fight between FB Agents, HDM The Hague and Hooked Maastricht. Unfortunately, Hooked couldn´t keep up in the second half of the season.After their first loss against HDM in December, Agents showed very strong play and did not spoil any points in the rest of the season, thus securing the title one week before the final playing round. 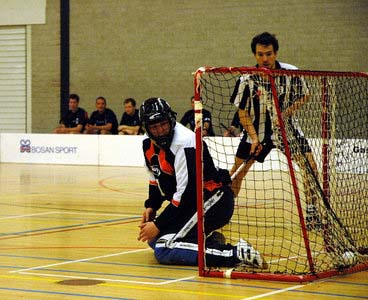 In the men´s second division the battle for promotion was still open; the second team from Agents Amsterdam won their last match and they´ll play in the first division next year together with Runner-up Messed Up Enschede.

Sunday the 15th of April the last matches of the Youth League were played. Teams from all over the Netherlands competed in the A-,B- and C age classes in the Middle and Northern Netherlands leagues.

Saturday the 21st of April the Cup finals were played. Ladies Together Amersfoort won the Women´s Cup and reigning Cup winner HDM The Hague renewed their men´s Cup victory.